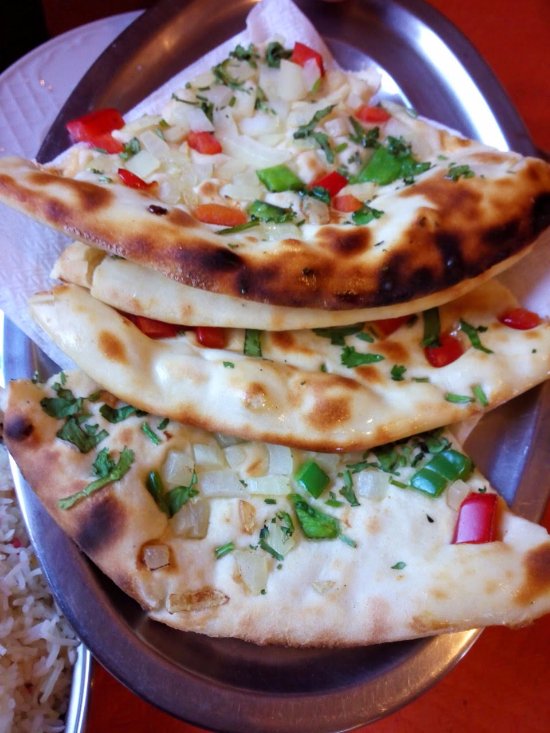 (a naan with a spicey lamb filling)

Naan as known today originates from Mesopotamia, ancient Egypt, and South Asia. The most familiar and readily available varieties of naan in Western countries are those from South Asia. However in Iran (originally Persia) from which the word originated it does not carry any special significance and is the generic word for any kind of bread. There is a strong Persian influence on the history of Kashmiri cuisine
Naan in parts of the South Asia usually refers to a specific kind of thick flatbread. It resembles pita and, like pita bread, is usually leavened with yeast or with bread starter left over from a previous batch. Naan, similar to some other breads of Indian cuisine is cooked in a tandoor.