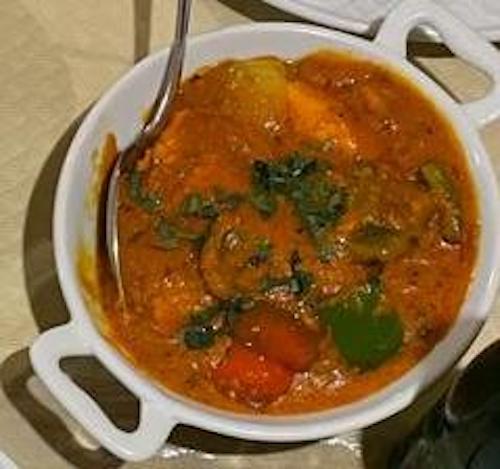 Balti, as a food, is named after the steel or iron pot in which it is cooked. The word is found in Hindustani, Odia and Bengali, and means “bucket”. The word developed from the Portuguese balde, meaning bucket or pail, and traveled to the Indian subcontinent via the Portuguese seafaring enterprises of the early 16th century. The word likely made its way into the English language during the time of British India.